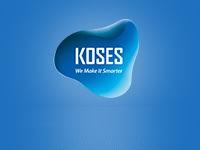 Compared with its close competitors within the same industry, KOSDAQ, the monthly earnings rate of KOSES was the highest, while its volatility within 1 month was at a proper rate.

Comparing industry to the market, the KOSDAQ industry including KOSES records lower volatility and earning rate than Semicon. In other words, the industry had less volatility and the returns were also smaller than the market.

From June 27, Foreigners have been continuously selling KOSES during the past 2 trading days.

As a shareholding sum by the investor group for the past 4 weeks, Institutions have bought 95,396 shares with trending trade.

However, during the same period, Foreigners have sold 10,384 shares and Individuals have sold 62,693 shares with a decreasing position.

Regarding the statistics for the past month on trade volume as the total outstanding shares, the daily turnover rate of KOSES was 0.27%. And the daily volatility, the average range of rise and fall, during the same period is 1.8%.

As per the inquiry for shareholding by the investor group, the major investor group is Individuals with 77.69% from total outstanding shares. Foreigners and Institutions each hold 13.08% and 7.25%.

And as recent 5-day shareholding change by the investor group, Individuals is the major investor group with 81.77%. Foreigners hold 7.99% and Institutions hold 7.68%.

(Editorial Note) This article is provided by ThinkPool, a Korean artificial intelligence developer. Its AI algorithm automatically produced this article, which is edited with Google Grammarly. If there are any issues or if readers have any comments, please contact voc200@gmail.com or 82-2-6956-6698.